– WWE is partnering with Nestle Pure Life to send lucky fans to the SummerSlam pay-per-view this August in Brooklyn. Below is a promo for the #ChangeWater sweepstakes with Charlotte Flair:

– As noted, tonight’s WWE 205 Live episode will feature Buddy Murphy vs. WWE Cruiserweight Champion Cedric Alexander with the title on the line. WWE posted the following teaser for the match:

Although he lost out on his first title opportunity at the Greatest Royal Rumble event due to missing weight, Murphy immediately rebounded and battled the very Superstar that Alexander defeated to win the then-vacant championship at WrestleMania – Mustafa Ali. Murphy maintained his focus, defeating The Heart of 205 Live and proving to General Manager Drake Maverick that he was more than ready.

With the highly anticipated Cruiserweight Championship match just hours away, can Alexander maintain the momentum that has brought him unfettered success in recent months, or is Murphy’s dedication to completing his mission exactly what is needed to end The Age of Alexander?

– WWE Hall of Famer Hulk Hogan received some heat from fans on Twitter yesterday after paying tribute to Jackass star Bam Margera, who is alive and well. Hogan later admitted he got Margera mixed up with another Jackass star who passed away in 2011 – Ryan Dunn. You can see screenshots of the tweet below, thanks to Pat Bailey for sending these in: 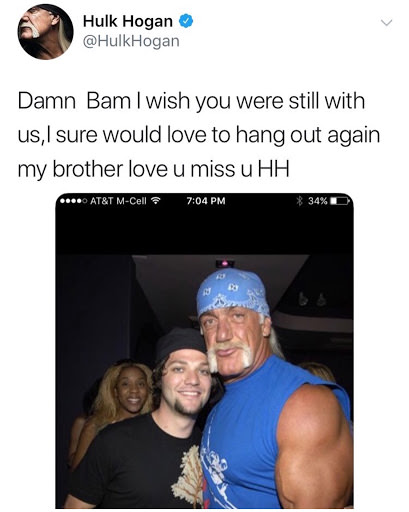 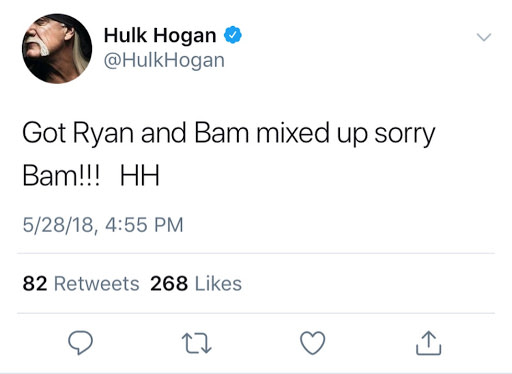